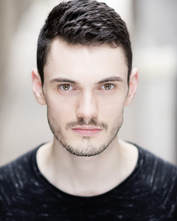 ROWLAND STIRLING
Snout
​Rowland's first taste of performing Shakespeare was back in '98 when he was nine; he got to pretend to be Ralph Fiennes' son in a production of Coriolanus at the Almeida. Since then his most notable credits include nearly featuring as an elf in The Hobbit (nearly), and a Youtube video of him being kicked somewhere painful. On the subject of pain he also studied at the University of Manchester and received a BA in Drama and English Literature, because there's nothing he loves more than being unemployable and in massive amounts of debt.  So it's safe to say Rowland's once glittering career has taken somewhat of a nose dive... until now! The Mechanicals is his theatrical debut since graduating from the Academy of Live and Recorded Arts last December and he is very excited to show off how loudly he's learnt to speak. Rowland is passionate about Shakespeare and is thrilled to be showcasing such a variety of The Bard's work. 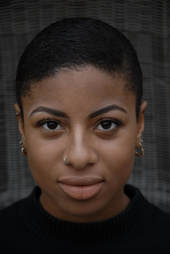 ELLA MCLEOD
Quince
Having graduated last year from Warwick University with a first in English and Theatre, Ella McLeod's obsession with Shakespeare has only continued to grow. She performed this Summer in Much Ado About Nothing at The Dell at the RSC and since graduated has kept her fingers in as many pies as possible, starring in music videos, Maltesers adverts and ‘Brit Ain’t Right’ at the Katzspace theatre, in London Bridge. As well as acting, she is an avid reader, a spoken word artist and writer, having penned and performed a one woman show, ‘Rapunzella: a love letter to black women and their hair’, whilst in her third year of University. Her favourite Shakespeare is Antony and Cleopatra (her dream role being the eponymous Queen) and she is represented by Irene Osborne at FNF Actors.  ​ 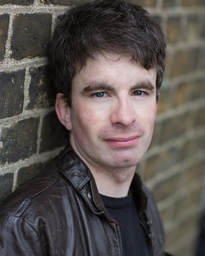 FERGUS RATTIGAN
Bottom
​This fierce Irish actor has been performing in the U.K. since 2012. Fergus trained in Drama & theatre at Trinity College Dublin and Shakespearian theatre at the University of Exeter. From 2012-2014 Fergus performed in several shows with the Exeter company Midsummer Madness, most notable as Puck at the Dell Summer festival in Stratford-Upon-Avon. From 2015 onward he has annually saved Snow White in pantomime as one of the Seven Dwarfs, in theatres such as Richmond Theatre and London Shaw Theatre.
He performed in the Cambridge Shakespeare Festival in 2016 & 2017 performing in Twelfth Night, Winters Tale, All’s well that Ends Well and Merry Wives of Windsor. Most recently he finished a national tour of Our Country’s Good, with company Ramps on The Moon playing the hangman Ketch Freeman. On screen he has appeared in movies such as Killing Lionel, Your Highness and Warner Brothers the Jungle Book. 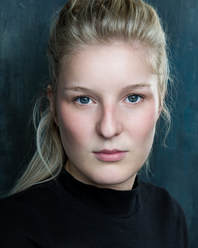 KAITLIN COLE
Snug
I'm Kaitlin Cole a 22 year old Wolverhampton based actress. I trained at Royal Birmingham Conservatoire.
​Last year I was in a show at the Edinburgh Fringe Festival so I'm super excited to be involved in another Fringe performance.
I've performed in theatres around Birmingham and I am currently in Ladies Day set to open at my local theatre, The Wolverhampton Grand Theatre.
I have also been involved in online videos for Hobgoblin and West Midlands Fraud Protection and I'm in a short film which starts recording in September. 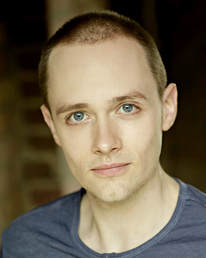 SEBASTIAN GRAY
Flute
​Sebastian trained at the Liverpool Institute for Performing Arts. Since graduating in 2013, his stage credits include, Edward II in Edward II (Arts@Trinty), Chadwick in Punk Rock (Liverpool Arts), Wilfred Owen in Not about Heroes (Parker and Snell Company) and Antonio in Twelfth Night (Whistlestop Theatre).
Television Credits: Reverend Massey in ‘Lady Chatterley’s Lover’ (BBC One), Young Hitler in Hitler: The Rise and Fall (Channel 4), Camp Guard in SS-GB (BBC One).
Sebastian is ecstatic to be a part of The Mechanicals for this year’s Camden Fringe and can’t wait to share some of Shakespeare’s most iconic characters with you. 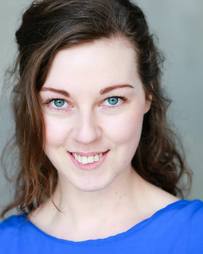 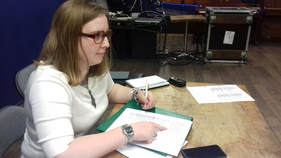 Director - Bryony Ruddock (Nymph to Rhinoceros Productions)
Bryony is a graduate from Rose Bruford College, she began her career by working with The Festival Players touring Shakespeare company on numerous Shakespeare plays including Richard III, which was performed on Bosworth Field. Since then she has worked in a range of genres from Ancient Greek to contemporary Canadian thrillers.  In 2015 she directed and adapted Twelfth Night and Much Ado About Nothing both in London.  She has directed other playwrights as well including Richard Bean’s adaption of One Man Two Guvnors for The Rickmansworth Players. In 2017 she wrote and directed her first short film Par for the Course, which is in post-production.
​     https://twitter.com/nymph2rhino